Mike takes the day off of work, and his parents babysit so we can attend the "big ultrasound" (as people tend to call it) together.  On the car ride to the hospital, we giddily talk about the ideas that make us nervous, anxious or excited as we contemplate having our first girl, or having our second boy. 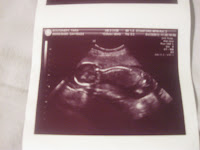 Having a girl would be cool.  It would be fun to have one child of each sex, perhaps experience stereotypical girlie things (tea parties, dance classes, spa days, dresses), have long talks and relive that giddiness of teenage girls, have mother/daughter bonding and outings, have father/daughter bonding and outings, see a daughter through a wedding, her pregnancy, her children, see what features a little girl would take on from me or from Mike, be able to shape a strong awesome woman...There are a lot of things we could look forward to, we agree.

But we also recognize that while "they" say girls are easier as babies and children, they often cause more stress as teenagers.  Girls fight with their moms (and dads).  At least, I did.  And a lot of other girls do.  They want their independence, which is natural, but it's also natural for parents to be, let's face it, more overprotective of their daughters.  And with good reason.  Of course it's not fair, but the sad truth is that the world outside of us is not fair either, and girls and women are going to face that unfairness--and yes, also face that added danger that parents are going to worry about.  And girls are going to think it's stupid and paranoid, and revolt against it (at least I did).  Boys fight too, of course.  But there is just something about the way a girl chooses her words...I know many-a-mom who has said she is relieved when she finds out she's having a boy because she's terrified of dealing with a daughter.  Even the powerful and cool Avery on 30 Rock who has been excited and collected at the idea of having a boy ("Every woman my boy dates will get compared to me. And they WILL be found wanting."), is terrified when she learns the sonogram was read wrong, and she'll indeed be having a "damn girl!" 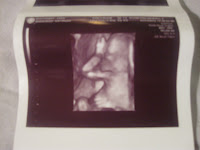 And let's not forget the mean girls, designer label pressure (we do live in Westchester County after all), and drama.  Some studies have even indicated a correlation between having one girl (versus having one boy) and a higher divorce rate, adding that with each additional girl, the rate goes up by 9%.  Of course, this older "gender-preference" based studies (i.e. men are more invested in having boys, so they help out more yielding a happier marriage, hence divorce rate is lower for having boys) has also been questioned/debunked by other studies. And while a more recent study confirms this higher rate amongst families with daughters, they aren't postulating that stress from girls causes divorce.  Rather, they hypothesize that the bond is so special between a mother and daughter, that the daughter gives her mom the emotional strength to leave an unhappy or abusive marriage (75% of divorces are filed by the mother), and set a better example for her daughter of how one should be loved.  Furthermore, there has been a study indicating that in families where there is at least one girl, the other siblings have a lower chance of depression (the theory being that girls simply talk to their siblings more, and by talking--about anything at all--it helps). 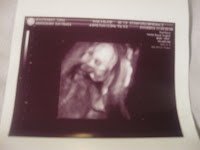 And having another boy would also be cool.  Mike could start forming his all-male soccer team, he'd have his little squadron of boys to look up to him, and brothers would have a special bond themselves.  As a mom, I'll have my boys to look out for me.  Every mom of boys I know says, "Boys love their moms!"  Since I was a teenager, I've always thought moms of all-boys just seem, I don't know, sort of cool.  I would be the only girl in the household, so there could be perks to that.  And of course there are the practical positives of having two boys:  we don't need to buy new clothes, they may like similar toys, sibling discounts if they both take similar classes, they could share a bedroom for any number of years. And while I wouldn't be shaping an awesome girl, I would have the chance to shape two awesome boys into respectful, interesting, strong men.

But yes, we would miss out on all those girl-related experiences, from childhood to adulthood, and I'd be lying if I said the thought of that didn't make me just a little bit wistful.  While being the only female presence in a household might make one feel special, it might also make a mom feel left out of certain activities or interests.  I like the idea of the emotional support of a daughter, that chattiness and honesty of emotion. 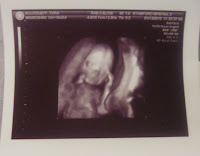 Then again...we already have one boy and think he is the most amazing little man or woman we know.  And even at 2 1/2, he already does break gender stereotypes by being surprisingly emotionally aware and extraordinarily verbal and expressive.  If talking helps prevent depression, our boy has that covered.  There is never a moment of silence in our house or car.  And he is attentive to me already, following up on previous conversations to see if I have solved my problems, checking in to make sure my stomach feels better if it's been upset (even Mike forgets to do this), telling me to watch out for cars, to be careful not to squish the baby, saying I look pretty, that he likes my dresses, my "purty necklace", and showering me with dozens of "I love you!"s a day, from quiet whispers, to screaming it from across the room at his children's gym.  He is amazing, and his existence is enough to get Mike and me excited at the idea of two boys.

So.  That is the battle of the sex of the baby...My readers apparently are as divided as we are, as the polls are closing at 50% girl, 50% boy.  Bottom line--as a friend points out to me--our baby is the baby we are meant to have.  God has given us this baby and this baby is nothing other than a blessing, and we know our lives will be enriched because of this baby.  Boy or girl.  This is the baby that we are meant to have.  And once we have our girl with our boy, or we have our two boys, that will be our family and we won't be able to imagine life any other way.

So.  We're now at the hospital.  I'm lying on the bed, goo on my belly as the sonographer records measurements, clicking and pointing on the computer.

"You said you want to find out the sex, right?"  The sonographer asks.

We are nervous.  Here it is.  The baby is healthy; all measures up perfectly.  That's a relief.  Now onto satiating our curiosity... 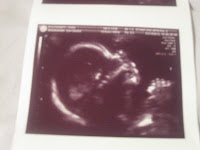 I have tears in my eyes.  Tears of joy.  I picture us as a family.  I am so happy.  So happy to know something more about our precious little baby.  When this flood of joy rushes over me, I know I would have been thrilled, boy or girl.  But now I can visualize a bit of our family us in 5 months, in 5 years, in 15 years.

It's going to be me and my boys!  We are having a boy!  We are having the healthy, strong, very loved little baby that we were meant to have.
Posted by Tara M at 2:57 PM

I missed this last week, I guess I saw it but didn't notice it was new. Can't wait to meet BBB2! We're thrilled (and yes, I would have said the same for a girl! BGB)

Truly, that quote has truth. ("Every woman my boy dates will get compared to me. And they WILL be found wanting.") Our boys' girlfriends will no doubt face that reality. :)

I'm incredibly excited about our boy! We'll have to make sure we treat Tara like the mommy-princess she deserves to be treated like. True, I'll never get to have that Father/Daughter dance, but hey, that's only five minutes out of a lifetime, right?

Here's to Tara and her boys!